“If these idiots would just take the bus, I could be home by now”, snarled a car driver stuck in a traffic jam. The conundrum of public wealth versus private wealth is evident.

“If these idiots would just take the bus, I could be home by now”, snarled a car driver stuck in a traffic jam. The conundrum of public wealth versus private wealth is evident. 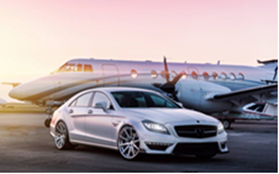 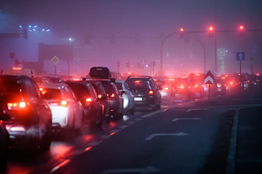 Where is the limit of private wealth in this overcrowded world of us?  If all the 7.5 billion people on earth want private gardens, private pool…private island…, we need to find many Earth. In the insatiable desires of consumption, humans can make the life that supports our ecosystems vanish…finally, perish and vanish. The very air we breathe has become a ‘tragedy of the commons’. Nobel prize winner Elinor Ostrom gave us insights into the abilities of communities to share their common wealth. She showed us that communities had naturally evolved unwritten rules for sharing the common wealth. The issue now is that the contemporary world with splintered identities has no ground for community identities anchored on land and nature. The superfluous flux of modern ethereal identities has lifted humans off the ground with no affinities for land and nature. 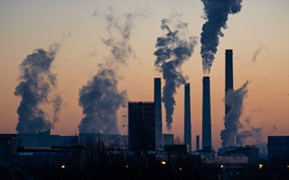 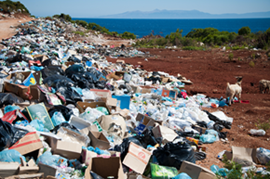 When in human history did we wander from ‘reverence for nature’ and change to amassing private wealth based on this lopsided view of affluence through insatiable consumption, without any consideration for the holistic existence of nature and humans, without consideration for nature’s tender ecological systems sustaining the beauty of life on Earth?

Once one has amassed wealth, one wants to have private collections of all sorts, throwing at them even all the money one has. Wait a minute! What do the collectors do? ‘Commodity fetishism of capitalists’, and ‘capitalism is not good for capitalists’ as expressed by Marx throws light on how greedy people lose sight of the real human pursuits and get strung up on wealth knots in perpetual wealth mongering, taking out the spirit of real excellence and exuberance of life. Capital for productivity in the economic imperatives of the current world order is just a mechanism of creating more wealth for the wealthy perpetuating disparity without the real richness of enlightenment, excellence, and exuberance. Isn’t life for living to its fullest?

Into this conflict, comes the democratization of technologies, for flow creation and sharing models bringing back the idea of public wealth.  Let’s have a look at what is real wealth and what is public wealth. ‘Health is wealth’ is our primary wealth as anything a human can enjoy comes from the wellbeing of his body and mind. Over that comes the refinement based sensual to spiritual happiness. But the uncertainty of the world and existential fear drives us to keep wealth for the upbringing of children and circumventing difficult times. As expressed by Plato in The Republic, if children are all taken care of by the republic, then you are left with your pursuits of excellence. Vedic thought allows people to accumulate genuine wealth ‘Artha’ following ethical ways aligned in ‘Dharma’. Societal wellbeing was at the heart of the Dharmic value system. Thus, wealth is also aligned with social capital. Further, the concept of compassion as in Advaita Vedanta which considers all beings as part of the universal soul takes us to reverence for nature, which gives us the love and beauty of life with the wealth of vitality and diversity of life. Imbibing from these immensities of life, human imagination has created beautiful enlightened life of high creativity. Going deeper we have explored the infinities of the internal world living the moments ending up in spiritual wealth.

So, what is the extent of wealth humans aspire? We all know that wealth doesn’t end with asset holding.  Wealth always ends with the ability to create more wealth. Thus, above physical wealth, the wealth of human capital, intellectual capital, social capital, cultural capital, and spiritual capital gives the promise of future wealth. Are all the different types of capital to be used again to just amass physical wealth in endless perpetual cycles? That will be so reckless for the world. The wealth beyond physical wealth can be cultural wealth and social wealth for creating enlightenment, excellence, and exuberance. And more public physical wealth can be created and made democratically available for future productivity and happiness of life.

Let’s look at public wealth. What are they? Resources of a nation, money, infrastructure, institutions, efficient systems, education and health of people, capacity for creativity and production, knowledge, literature, beauty, acumen of people, culture, and nature, are some examples. The elements that create diversity and vitality in harmony are wealth which gives polarity for creativity. Increasing public wealth through flow maximization and sharing can enhance productivity at lower costs and lower the use of resources which in turn helps in sustainability. 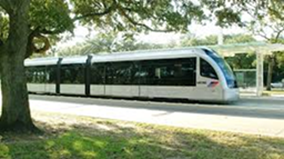 It is interesting to note Tokyo for its public wealth. Tokyo is the largest urban economy in the world by gross domestic product. Tokyo’s large network of roads, subways, rail, together with public places of the likes of parks, squares, theme parks, theatres, markets, entertainment centers, and 24x7 life avenues has made space for public wealth to its people who have less private space for living. This city has become highly productive to stay as the largest GDP city in the world. Does not public wealth create more flows and sharing which in turn helps in creating energy for more productivity with creativity upholding sustainability?

Cultural exuberance over material affluence is the way natural human development can happen. Public wealth in terms of physical assets for productivity and soft wealth for high culture creation is considered. The world is moving into technology-enabled wider communication and entertainment showing the direction of moving away from material consumption to more media consumption for entertainment. If we orient the purpose of life aligned on the cosmic right way, we are destined to enter the refinement cycle for seeking enlightenment. Sustainability is embedded in this idea of enlightenment.

So, what should we be? Mere creatures fighting for some secluded cozy space for creature comforts? No! No! We are energy beings lighting up the way firing the passions of life for life creation with vitalities emerging from the energy polarities of shared public wealth of nature and human creations keeping nature and life sacrosanct. 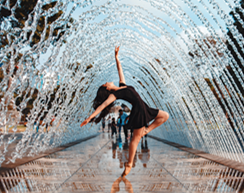 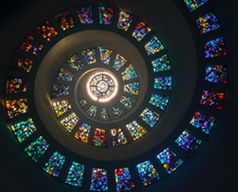